Too good for general tween public?

DD, as it turned out at the end of the school year (something that deserves a post of its own) has been having social issues at school.  To this day not really sure what issues she is having (again, post of its own), but I think I have a clue or two.  My guess was proved right by the conversation we had today.

I am greatly bothered by this issue and not only because DD is involved.  I don't get it.  I really, really, totally don't get it.  Why does being nice to peers results in social awkwardness?  I know DD is not one of those who is faking niceness (not sure whether 7 year olds are even capable of that).  She is a genuinely nice and considerate kid, and quite honestly I had very little to do with that.  She was just born that way.  So why are kids so nasty to each other?  Why are bitchy girls more popular?  Now in my olden age, when I have acquired some experience and wisdom - hopefully, I see how rare are people who are genuinely nice and take time to be considerate.  Those are the qualities to be cherished, and people exhibiting them should be treasured.  So I don't get the younger kids who not only  don't value niceness, but actually consider it a vice.  I guess that means that I don't get my younger self.  It's hard to describe how much I want to go back in time and slap her around, for her own good.
Posted by SubWife at 12:30 AM 1 comment: Links to this post

Email ThisBlogThis!Share to TwitterShare to FacebookShare to Pinterest
Labels: confessions, kids do the darnest things

It's the end of the world as we know it

Today, on Saturday, July 14th, approximately at 10.30 a.m. the word has come to an end.  This unfortunate event was punctuated by the loud wailing of females and children.  Well, a female child, to be more precise, who interspersed her wailing with heavily punctuated screaming, "I hate you!"  "Why are you my brother!" and most importantly, "GIVE ME BACK THE PILLOW AND THE DOG!!!!!"

I tried to approach her and explain that her loud screaming is more indicative of some terrible event, probably of the cataclysmic type, not really commensurate with the loss of a pillow and a stuffed dog to another family member living under the same roof with her.  In between the sobs and grunts, she managed to dignify my speech with the answer.  "But Mom, he also took away the elephant!!!"

Well, in that case, wail away, my child, because I had no idea it was THAT serious. 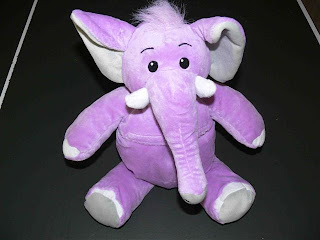 Posted by SubWife at 3:47 AM No comments: Links to this post

Email ThisBlogThis!Share to TwitterShare to FacebookShare to Pinterest
Labels: kids do the darnest things

In defense of happy endings or Things with which I have made peace, Part I

Growing up, I constantly heard intelligenzia-type Russians poke fun at American movie makers' penchant for happy endings.   Somehow happy ending in the mind of a Russian thinking elite equates with fluff while - I guess - horrible physical and /or psychological suffering that ends really badly is what real art is made of.  Of course, their judgment was based on the very narrow selection of U.S. movies allowed by the censorship rules, and after Perestroika movie selected for public viewing were based on their guaranteed financial success.   And most of them, if not all, ended well for main characters.  Such minor details as deaths of secondary characters were easily dismissed and forgotten.  Even the movie Gone with the Wind that didn't have the happy ending, as I pointed it out to my dad, didn't have a really bad ending either.  Seriously, was there a single soul in the movie theater doubting Scarlett's ability to win Rhett back in no time?  Not in the mind of this 14 year old.

Twenty years forward (OMG, this just took my breath away.  Twenty.  fripping.  years...)  After moving here and sampling quite a few American movie genres, I can vouch first hand that not all American movies have happy ending.  Ironically, unlike twenty years ago, I now concede that American mainstream cinema is very fond of happy endings.  (I don't know if director from any other nation could as successfully make a happy ending out of a Holocaust story.)  And I concede this point very happily.

When young and in emotional turmoil about such fundamental questions as "Who am I?"  "What is my purpose in life?"  "Is there true happiness?" "Do men find me pretty?" and "How do I change the world in less than 30 days because this is how much time I can devote to any project without losing my attention span unless it's very serious and in that case it can be extended to 35?" books and movies with heroes in emotional turmoil appealed to me.  They were confused, conflicted, in search of something they often couldn't identify, much like myself.  I could relate to their feelings.  I could be them.

At some point, probably after I got married and had kids, my movie selections were getting fluffier and fluffier (and books were mostly of the self help kind) with the wake up call coming after watching Unfinished Piece for Player Piano.  My Mom have been raving  about this movie every time she mentioned it and I finally was able to get my hands on it  Probably for the first time in my life my Mom and I saw the movie so differently.  It was a good one, but I found the main character and his search for truth annoying and overbearing rather than compelling.  The drama of a man worried about big truths and what could've been more than with his present life and people in it was quite honestly nauseating.  Most likely because I have seen  a variation of it played out in real life.  And I don't know about you, but once I saw a few people dear to me battling cancer, it is one of the things I currently do not want to see on the screen.  Ditto for bitter divorces, family violence and drug abuse.

A few years ago I finally had to admit to my former self that at that point in my life, and quite possibly forever, I was not looking to get invested in imaginary people's problems.   That when I find an hour or two a week, between dealing with real life headaches and problems and even drama, to sit down and watch something, I want to come out of the experience feeling better about life, myself, my and my children's future and the world in general rather than questioning G-d's goodness and fairness.  That is why I no longer watch most Olympic games (fairness...), sitcoms ( the inevitable Will they or Won't they plots lasting years are just too exhausting) and dramas (for obvious reasons).   Occasionally I accidentally stumble upon something more serious (Hard to Be God, if you must know what it is, please read it, do not watch a movie) or get a poor recommendation (after 4 + years you are still not forgiven - and you know who you are - for recommending me Pan's Labyrinth), which only strengthens my resolve to avoid serious stuff regardless of its artistic qualities.

Part of artistic and thinking elite I am not.  And I have made peace with it.

Posted by SubWife at 3:00 AM No comments: Links to this post